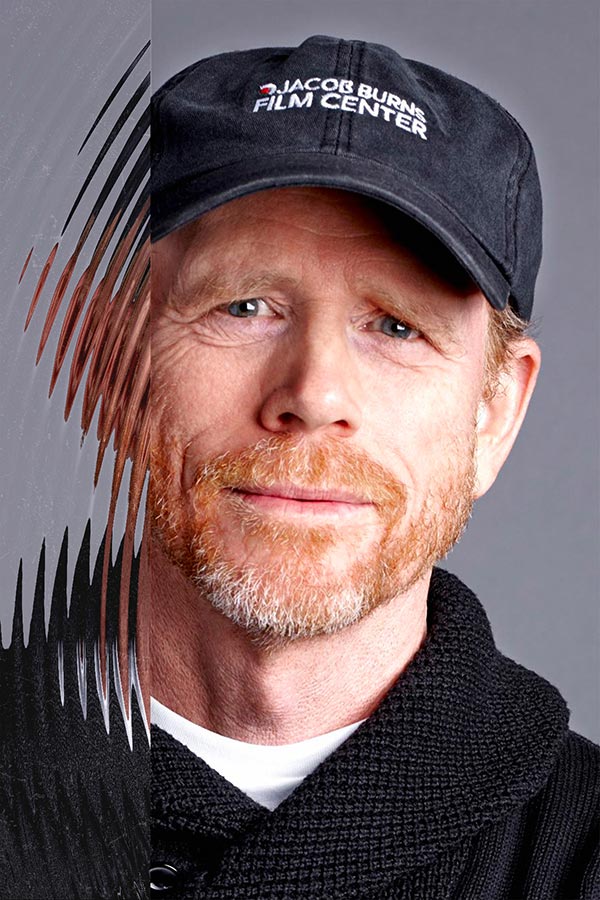 Academy Award-winning filmmaker Ron Howard is one of this generation’s most popular directors. From the critically acclaimed Oscar-winning dramas A Beautiful Mind and Apollo 13 to the hit comedies Parenthood and Splash, he has created some of Hollywood’s most memorable films.

Whether in front of or behind the camera, or for film, television, or documentaries, Howard has been a part of many of the most significant projects in every decade since the 1960s. Howard has been honored by numerous organizations and in March 2013, he was inducted into the Television Hall of Fame. In 2015, he was honored with a second star on the Hollywood Walk of Fame, making him one of the select few to have been recognized with two stars.

Howard met his longtime friend and business partner Brian Grazer in the early 1980s and embarked on what is now one of the longest running partnerships in Hollywood. In 1986 the two founded Imagine Entertainment, which they continue to run together as executive chairmen. Howard is also the co-founder of Impact, a content accelerator whose mission is to discover, cultivate, nurture, and connect creative storytellers around the world through its innovative talent identification and collaboration system. To date, Impact has built a community of over 75,000 writers across 140+ countries.

Howard’s upcoming films include Thirteen Lives, about the global efforts in the rescue of twelve boys and their soccer coach from a flooded cave in Thailand.